A part of
our life.

Yaroslav Galant is the founder and chief designer of Galant I.D.Lda. Yaroslav and his team's daring projects frequently catch the attention of the international media. Yaroslav was awarded the "Golden Arch" in 2008 for his design of the shipping company's office in Odessa in the category "Public Interior. Hotels. Offices." The designer was also honoured with the "Domus Design Magazine Choice 2008" award. His "Born 2B Burn" collection and firing technology are one-of-a-kind. Yaroslav is also the creator of the innovative Smart Industrial design style. For the first time, this style was used in the interior of the Fire & Water office in Kyiv (2011).

His images were shared widely in the international media. Yaroslav frequently works with the hard high-tech material DuPontTM Corian®, with which he created the unique furniture collection "Ukrainian Patterns," which was first shown at the MKTM-2010 exhibition. Ukrainian traditional ornamental embroidery on a solid Corian surface is an innovation.

Yaroslav Galant was awarded the prize "Ukrainian hand embroidery on a hard surface" by the National Register of Records of Ukraine for the project's 164,000 holes and 14,000 m of threads. The one-of-a-kind collection was also shown at the Milan Design Show in the spring of 2012, where Yaroslav represented Ukraine. Yaroslav Galant's "Ukrainian patterns" was recognised by international experts as one of the brightest and most original projects in the Milan design week program.

From 2012 to 2015, the studio worked productively in Ukraine, completing numerous projects, some of which were published in prestigious international publications: Crazy BQ, Rambutan, and others. In addition, the Bite & Go restaurant was featured on the leading architecture website DesignBoom. In 2015, the studio was awarded a contract to construct a restaurant in the heart of Lisbon. During our time in Portugal, we received orders for the construction and implementation of new projects, the majority of which were later awarded at design and architecture competitions and symposiums. The studio's work will continue in its new home in Portugal.

The studio received a gold statuette at the Mus Design Award in New York in 2020. The projects also won numerous awards at the Paris Design Awards in 2020 and 2021. The studio will receive two gold statuettes at the mus design award New York competition in 2021. The projects of the studio were recognized several times at the Paris Design Award. Several of the studio's projects have also won awards in European design and architecture competitions. The studio was nominated for the Premio Nacional do Imobiliario, Portugal's highest award in the Office Premises category, in 2021. 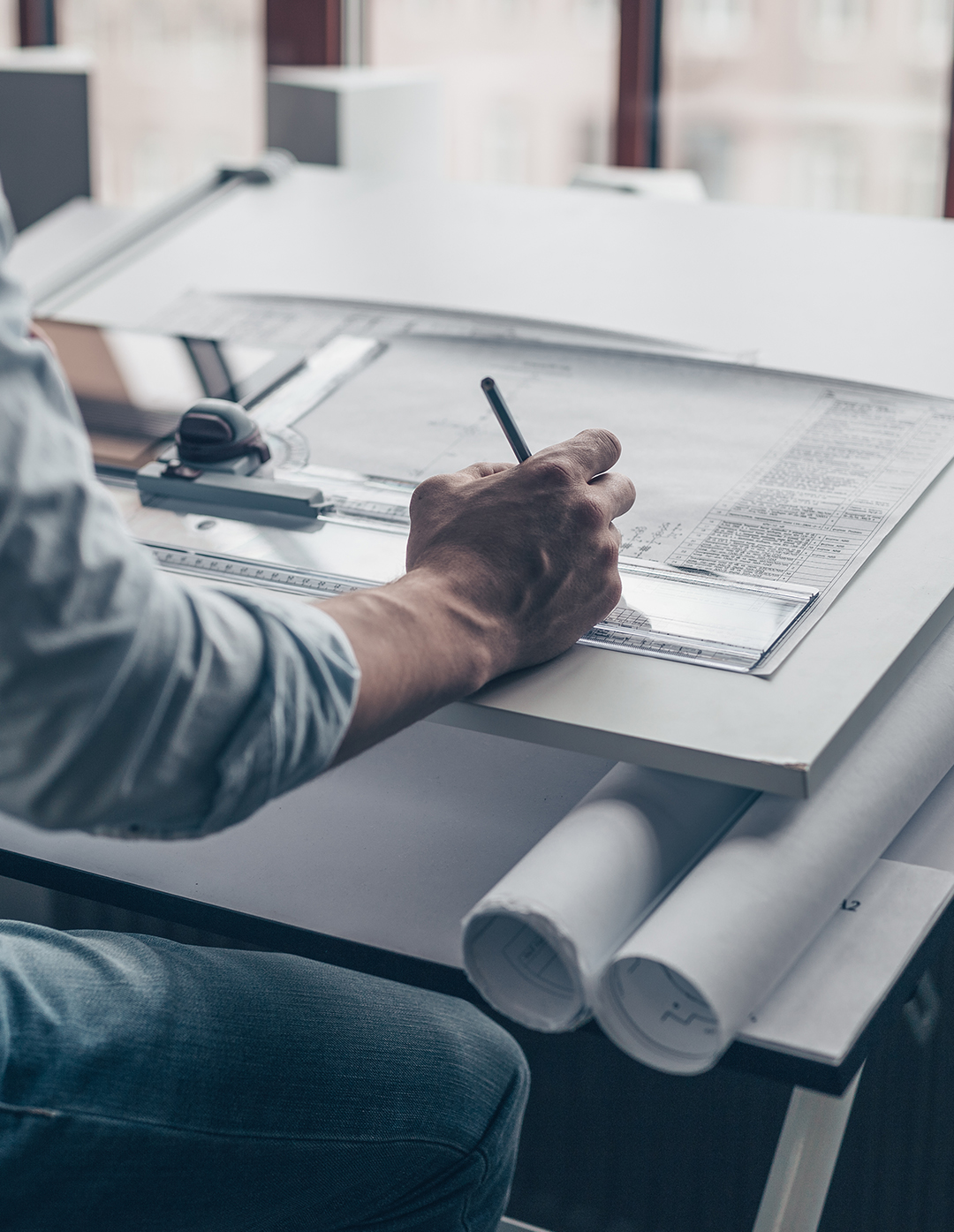 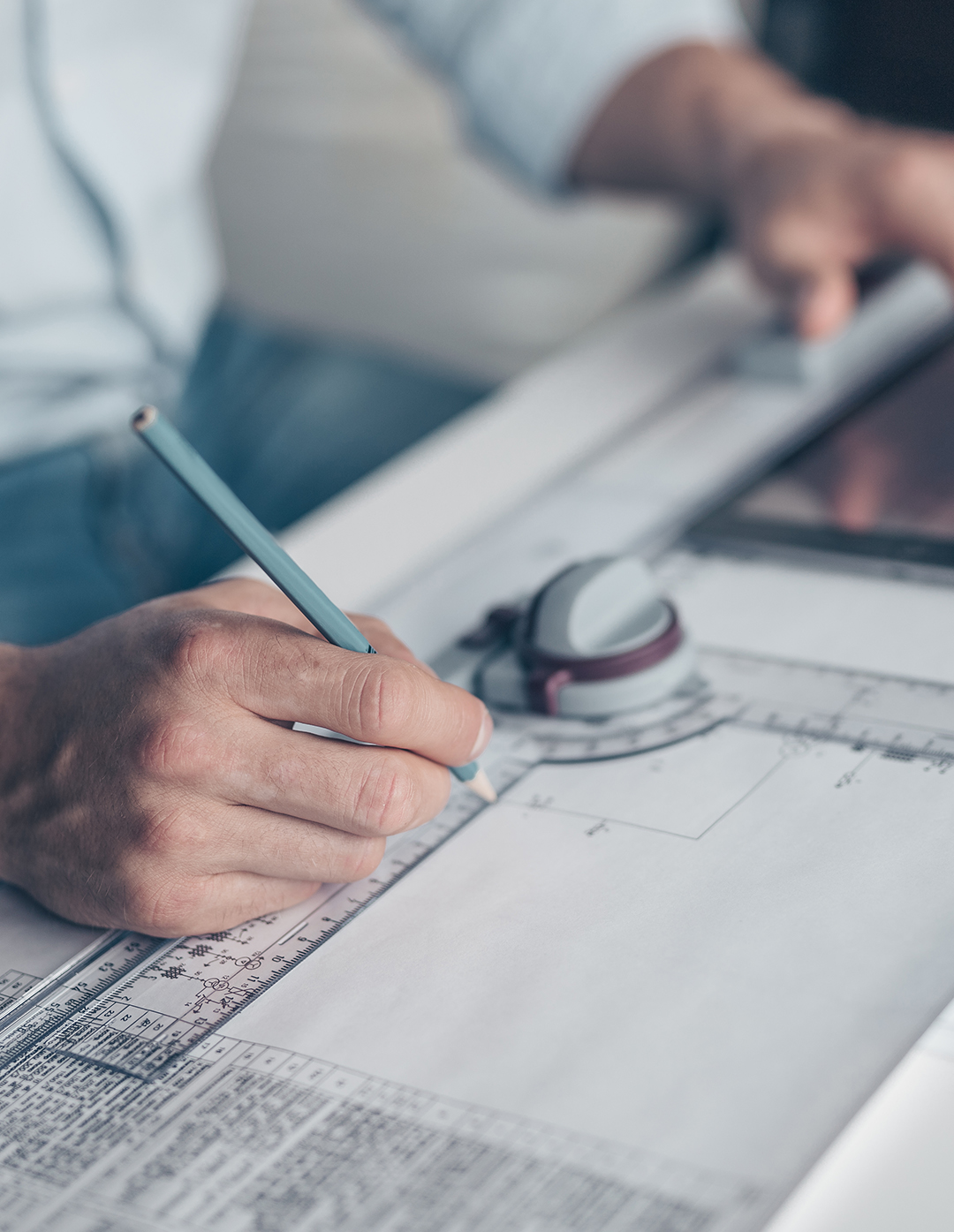 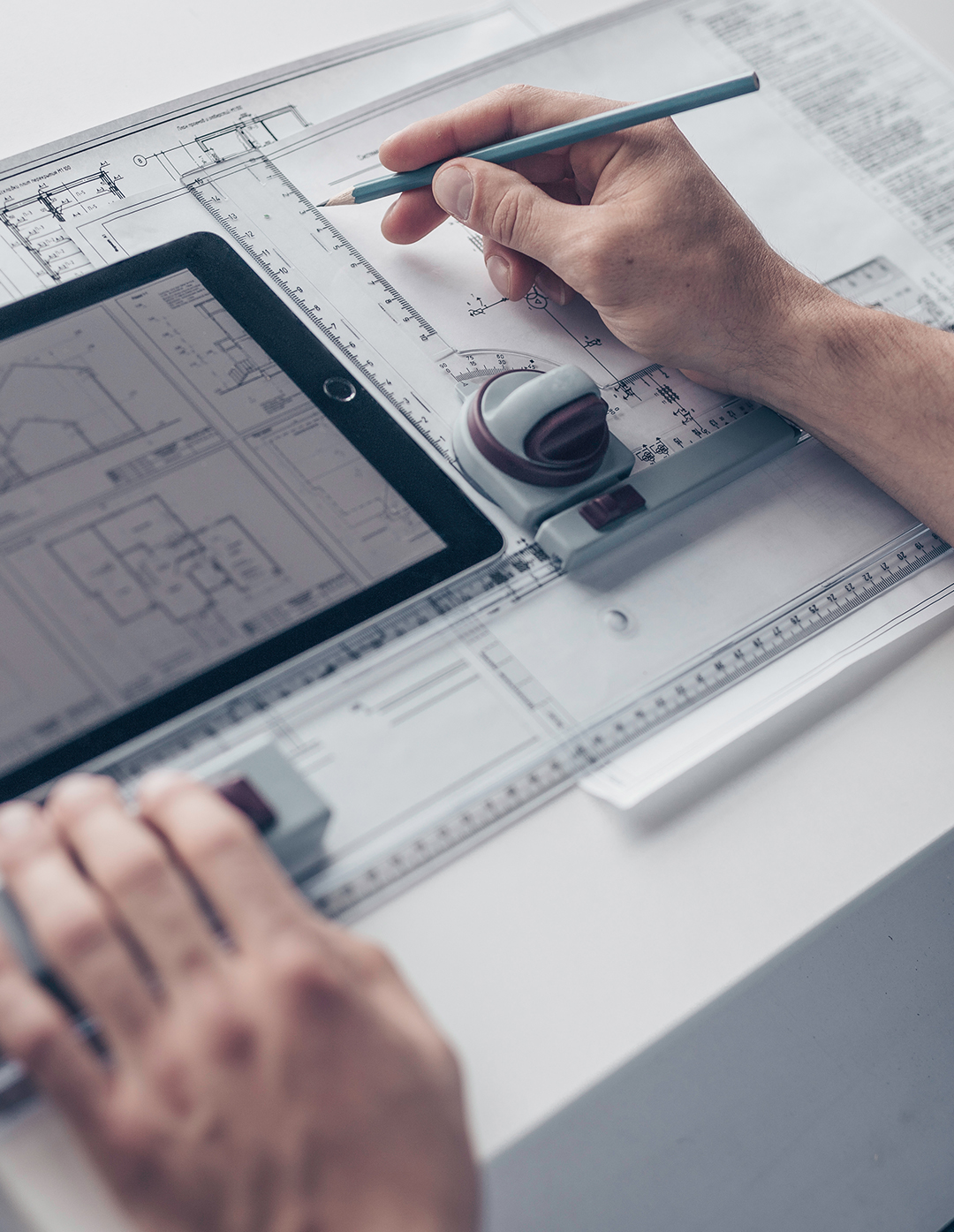 The follow-up meeting is held at the future project's facility or site. We try to learn as much as we can about your design preferences, colours, styles, and architectural and design trends. At this point, please tell us about your estimated budget and project timeline.

We will provide you with 3D visualisations based on approved planning solutions and references (or a collage with examples of furniture and decor elements as an intermediate stage). 3D visualisations are a critical component in the development of a design process, and at this stage.

Following the start of construction, we proceed to check the project's quality and timings by holding weekly meetings and conferences with all construction participants. Furthermore, if any details or elements need to be corrected, we will promptly notify the customer.